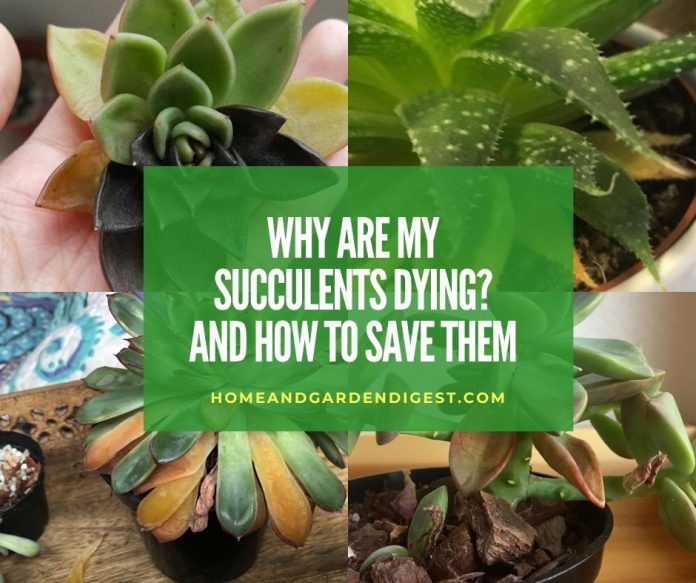 The taking care part is so easy when you read it but actually it requires a lot of careful understanding about maintenance essentials to ensure that the plant will achieve full growth.

Under this, we shall tackle two of the most common reasons behind the growing problems of succulents: overwatering and under-watering. These two are very notorious in causing rots in plants and in making them vulnerable to fungi and bacteria. 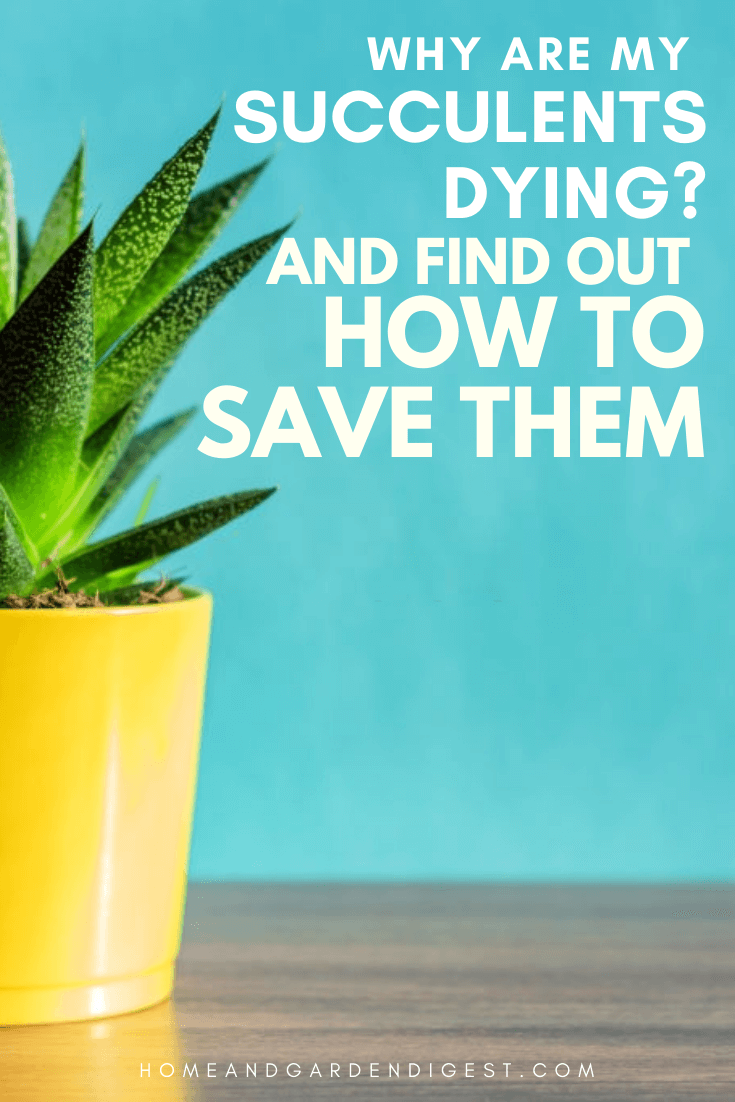 First off, succulents are a whole family of houseplants that are not dependent on too much water, so overwatering them is never a good idea.

Overwatering causes rot from the roots up. All those excess water that the roots cannot absorb and the over-moisture it gives to the plant’s soil will allow fungi, bacteria or virus to spread and niche on the soil, causing more rot to take over.

When left unchecked, or when overwatered regularly, it will also bring about discoloration on the leaves and eventual wilting and dying. This is one of the most common mistakes of newbie growers.

How to Save an Overwatered Succulent

The first solution for this is to leave it dry for the next few days. We call this the drench and dry method in which the soil must be left dry first before watering it again.

You need to leave the pot in sunlight or bright light with good air circulation and balanced humidity for at least three to five days.

When the rot or wilting leaves are already visible, you need to trim off the affected plant so that the rot will stop. After treating an overwatered succulent, repotting is required so make sure that you transplant it in a better, healthier soil.

The leaves of succulents may become mushy or shall look sickly and wilting when it is overwatered. This happens when there is too much water to store in their stems.

Remember that succulents are not that dependent on water because of their ability to store water in the stems. As such, when overwatering happens, the insides of the stem where water is stored swells up making the other parts of the succulent like the leaves soft and mushy too.

When the leaves of succulents or any other plant becomes yellow, brown or black, it could be that it is overwatered, it is dehydrated or it is too much exposed to light.

Brown spots on the leaves or browning tips are typically due to sunburn or dehydration or under-watering. Brown leaves are not that much of a concern since they will fall off after some time and will make a new way for healthier leaves.

Yellow leaves are the most manifested symptoms of overwatering.

On the other hand, black leaves are due to rots caused by fungi or bacteria as a result of overwatering. You need to know the underlying cause for each discoloration so that you will know what to do with your succulent and what treatment you should apply.

How to Revive a Dying Succulent Plant

Since we have already identified that most often than not, dying succulents might be the result of overwatering or under-watering, the question of how do we revive dying succulents become relevant.

There is only one basic solution here and that is to either cut back from watering too much or follow the watering intervals needed for each succulent. There are two points to consider though.

When you cut back on watering, make sure that you add first another inch of topsoil to make the drying up of the soil faster. And when you start following the water requirements of specific succulents, consider other treatments like adding fertilizer and pruning. In this case, repotting could also be a good idea, especially if the problem is not that serious.

An under-watered succulent might be a result of fear of overwatering because of the accompanying complications and conditions. It may also happen because of the argument that succulents do not need that much water.

When succulents are not given its required water intake, the leaves will become crisp, dry and will have discolored leaves.

On the other end, it must be understood too that some succulents need more water than usual. To evade this problem, you must first familiarize yourself with the water requirements of each type of succulent. 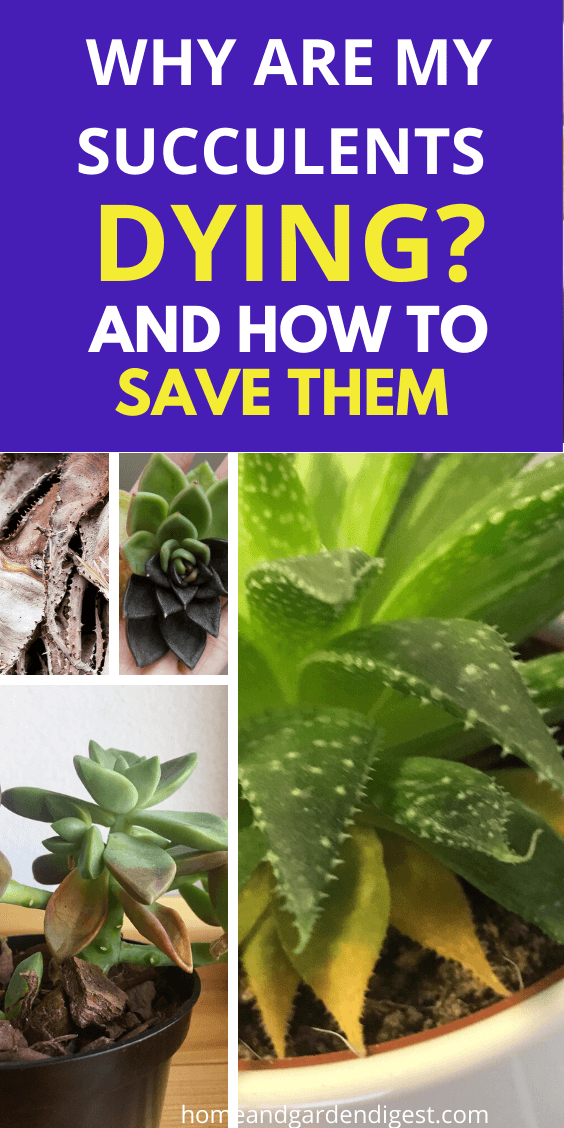 As such, it is essential to understand how these things happen and what measures could be done to avoid these in the future.