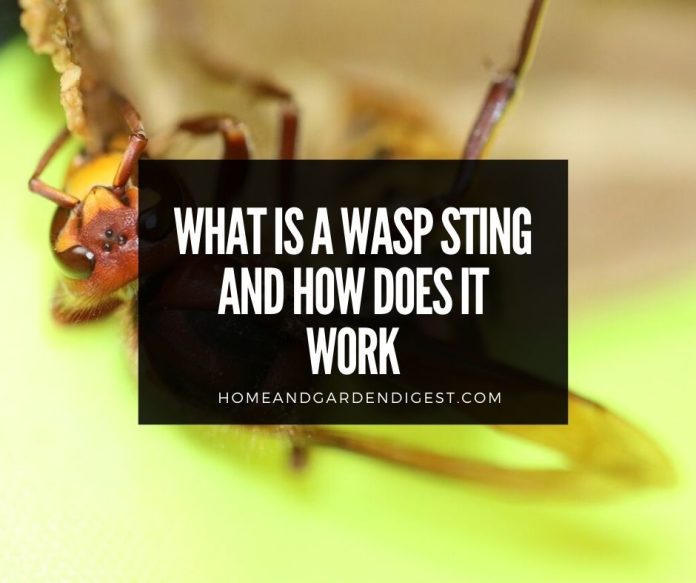 A wasp uses its sting to paralyse prey for wasp larvae and as a weapon against a perceived threat. Here’s what a wasp sting looks like close up and how it works.

It may be small comfort to know that male wasps do not sting. It’s the females that inflict that sharp stab and cause such mayhem in late summer as they leave their nests to start feeding on windfalls, plant juices and the picnic table.

The reason for this is that it is only the female that possesses a sting, which doubles up as the egg-laying organ, or ovipositor. This is a sharp, narrow lumened tubular structure like a hypodermic needle, but with an outer sheath like a cannula. There is a sac at the base which contains the venom.

The muscular base of the sting is protected within the end of the wasp’s abdomen – the sting in the tail, as it were – and when a wasp prepares to sting, the abdomen parts slightly to allow the mechanism to work. Imagine the two halves of an observatory dome opening to allow the telescope to work to get an idea of the process.

The cannula part of the sting has tiny barbs which get a grip of human skin or insect prey as it pushes in, and once it has a good purchase the needle-like inner part of the structure moves forward to add extra grip to the whole procedure and to inject venom and/or an egg. The muscles that allow this movement also act to squeeze venom from the sac at the base of the sting down the central shaft into the wasp’s victim.

Wasps will paralyse their insect prey to take back to the nest to feed the larvae, or they will inject the paralysing venom into a host such as a caterpillar and then inject eggs into the caterpillar for them to hatch inside that host. Not much fun for the caterpillar, but it shows how quite useful wasps are to farmers and gardeners whose crops may be plagued with caterpillars. 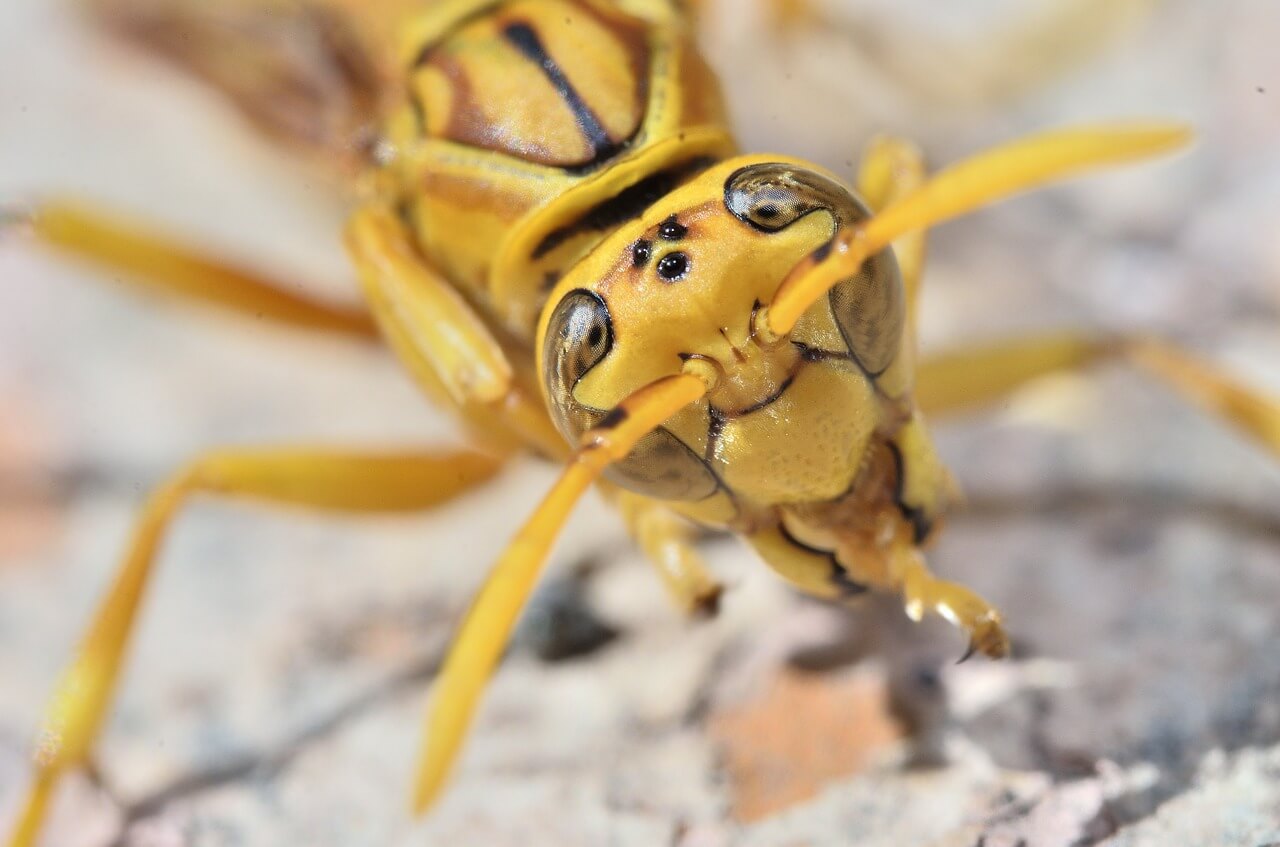 Unlike bees, which will die after only stinging once because they leave the whole sting mechanism behind when they pull away and do not survive the resultant damage to themselves, wasps can sting more than once. This is easy to understand as they are predators and use their venom to immobilise prey or to attack a perceived threat such as a human.

Scientists are still not quite sure of the exact composition of wasp venom, although it’s known to contain a mix of enzymes and proteins. Research also suggests that the paralysing constituent of wasp venom may well be a throwback to a virus that affected wasps back in the Cretaceous period about 100 million years ago. The DNA of the virus became part of the wasp’s own DNA, so that what was once a threat to the wasp has been turned into a threat towards other insects.

Wasp venom, although uncomfortable and possibly painful, is not life threatening to humans unless they are unlucky enough to be badly allergic to stings.

The anaphylactic reaction that some people have will lead to severe oedema of the bronchial tract, massive swelling of mucosa, and possibly a drop in blood pressure because of blood serum leaching into the surrounding structures.

Breathing will become very difficult because of the massive swelling and some may even have cardiac reactions. It’s crucial to let people know about allergies to to wasp stings and to always carry an Epi-Pen Auto Injector around for emergency anaphylactic shock treatment. Friends and family should be told where it’s kept in case of an emergency.

To Avoid a Wasp Sting Leave the Wasp Alone

Wasp venom contains a pheromone which will attract any other wasps in the vicinity, which is why wasps are best left alone, and although wasps seem dangerous, and many people find it very difficult not to try and wave them away, they will sting if provoked.

It may seem as though wasps are dangerous and aggressive insects but the reality is that they are of great benefit to plant life and the pollination process. Their fascinating anatomy is not purposeless and wasps have a massive part to play in the life cycle of many other insects. Their sting can be painful to humans but it is simply a defence against possible threat and attack. 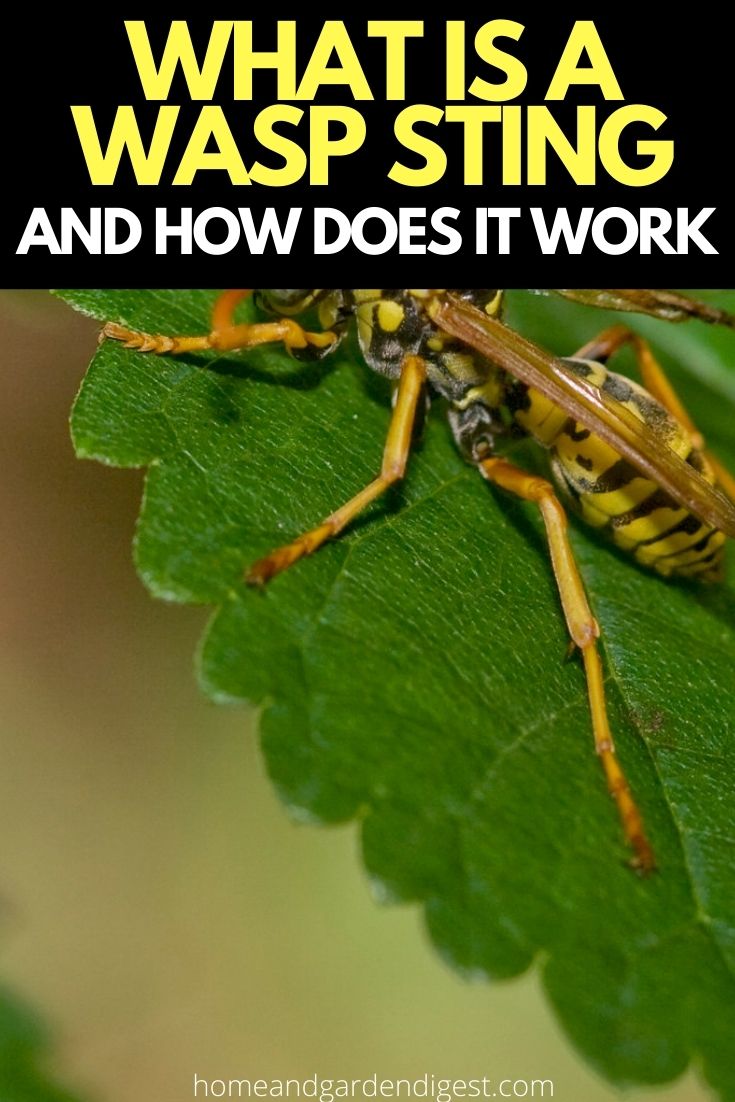