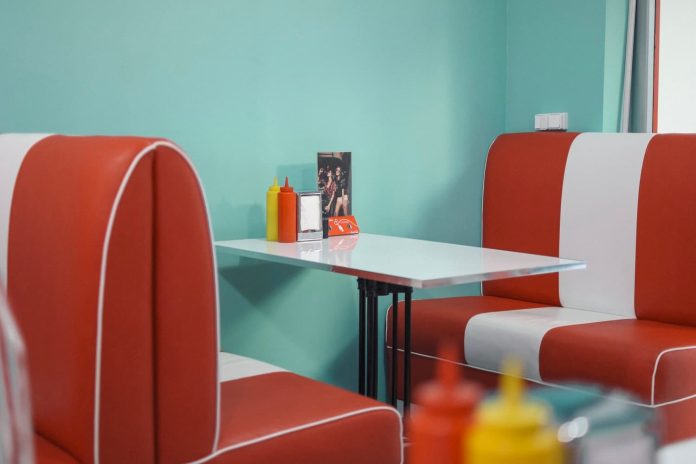 The Financial District or FiDi happens to be New York’s oldest neighborhood and home to Wall Street. The area is highlighted by winding cobblestone streets and numerous historical landmarks. Moreover, the US economy is figuratively operated from this street. While many might not associate the area with tourist hobnobs, the fact is that it’s one of the major tourist attractions in the city.

This is the buzzing heart of New York, where tourists flock to the restaurants and bars on the South Street Seaport and Stone Street. As the weather radar in the Financial District transitions to the fall season and hints at the arrival of the holiday season, more tourists and natives head out to feel the festive vibe and the general feel of the season.

You can head to Crown Shy for a weeknight date or a friendly dinner with a new colleague to strengthen the bond. The restaurant has some fantastic dishes on its menu like charred octopus with chorizo and melted gruyere churros. According to many, the place serves one of the best grilled chicken in NYC. Furthermore, every order comes with a complimentary olive bread – a popover stuffed with olive tapenade and topped off with brown butter.

The Fulton is the ​​world-renowned chef Jean-Georges Vongerichten’s first-ever seafood restaurant. It’s located at Pier 17 in the Seaport District NYC and is a must-visit for seafood lovers. This waterfront restaurant offers a menu that highlights freshly-caught wild seafood paired with seasonal cocktails.

The restaurant is located inside a giant new development on the water in the seaport and has outdoor seating with a stunning view. Patrons can enjoy the view of Brooklyn Bridge on date nights and the two-floor space inside for more formal lunches or dinners.

Since the restaurant serves the best seafood in the city, the headlining dish is the whole black sea bass. The whole fish is served in an intricately designed pastry shell. The dish is then taken to the customer, where it’s carved, deboned, and plated on the tableside for theater.

This place needs no introduction as it’s a classic. Delmonico’s is believed to be America’s first fine-dining restaurant and continues to serve in the same building since it first opened doors in 1837. The Delmonico brothers established the restaurant, who then appointed Charles Ranhofer as Chef de Cuisine in 1862.

Ranhofer is credited with creating popular dishes like Eggs Benedict, Baked Alaska, Lobster Newburg, and Chicken A la Keene. These dishes remain on the menu to date and are a must-try for anyone visiting the historic restaurant for the first time. Additionally, the steakhouse serves prime-cut steaks made to the original specifications to its patrons.

Pearl Diner is one of the last classic diners and sticks out like a sore thumb in the modern layout of the Financial District. The place stands out starkly against the 24 story office building that went up behind it in the 1970s and manages to hold its ground quite well. Situated on the corner of Pearl and Fletcher, the diner first opened its doors in the early 1960s.

With over 60 years of history behind it, the diner continues to carry on the old traditions of the stand-alone diner. Their menu has over 40 different types of burgers, a wide variety of omelets, pancakes, triple-decker sandwiches, and shrimp marinara. This is the best place to grab breakfast and relive the nostalgia of the days gone by.

The Dead Rabbit is one of the best spots in the Financial District for those looking to have a good time. The Dead Rabbit happens to an Irish bar with multiple awards under its belt. The place is known for its high level of hospitality, Guinness brew, cocktails, and the best Irish Coffee in NYC.

The place is aptly described as a part cocktail bar and part restaurant located in one of the historic buildings in the area spread over two floors. The highlight of the place is the vintage setup of the restaurant and cocktails served in fancy teacups.

These are the top five eateries and restaurants where visitors can grab a bite before they start sightseeing or have dinner after a long day of sightseeing. From historic diners to modern-age fine-dining restaurants, the Financial District has something for everyone.

Using Juicer for the First Time? Follow These Steps and You’ll Be Fine

What is Cannabutter And How To Make It?