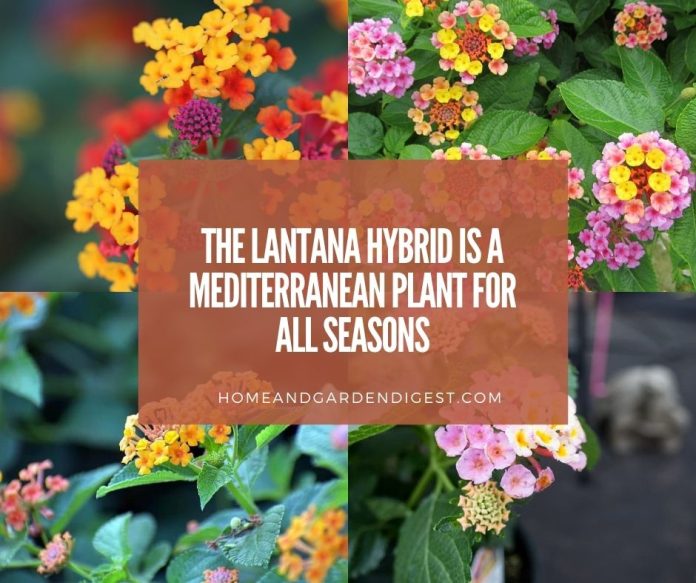 The evergreen Lantana hybrid is a useful drought tolerant plant for any Mediterranean garden where it will flourish and bring colour for most of the year.

There must be few Mediterranean gardens without a drought tolerant lantana hybrid, the most popular colourful perennial available at the garden centre. These colourful perennials are popular because they are easy to manage and require little attention.

They will fill many corners of the Mediterranean garden particularly those otherwise bare hot sunny areas where nothing else will flower during the scorching summer.

They are drought tolerant plants and can be regarded as evergreen perennials in warmer Mediterranean gardens since they will stand a minimum frost and keep their leaves all year round. In cooler areas they will be deciduous and flower during the summer and autumn.

They need a minimum temperature of 10 degrees (50f) and full sun. Therefore, in many regions of the Mediterranean these perennials will bloom for most of the year, brightening up a possibly drab garden during some periods. Naturally, they are at their best in the summer.

They are undemanding but do flourish best in well drained soil. Filling a garden with drought tolerant plants is important to any Mediterranean gardener and the lantana hybrid is an easy choice for either an experienced or beginner gardener.

There is a choice of lantana hybrid one with a more upright habit and another definitely trailing. They can sometimes become invasive but the interest and colour they bring is worth the extra hard pruning necessary to keep them under control. 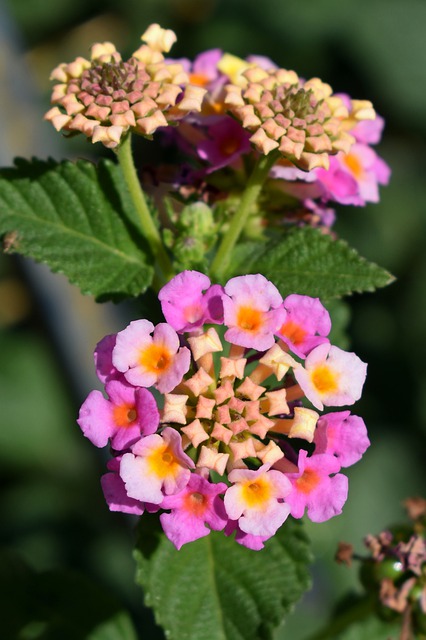 The Lantana Hybrid Montevidensis has a Trailing Habit 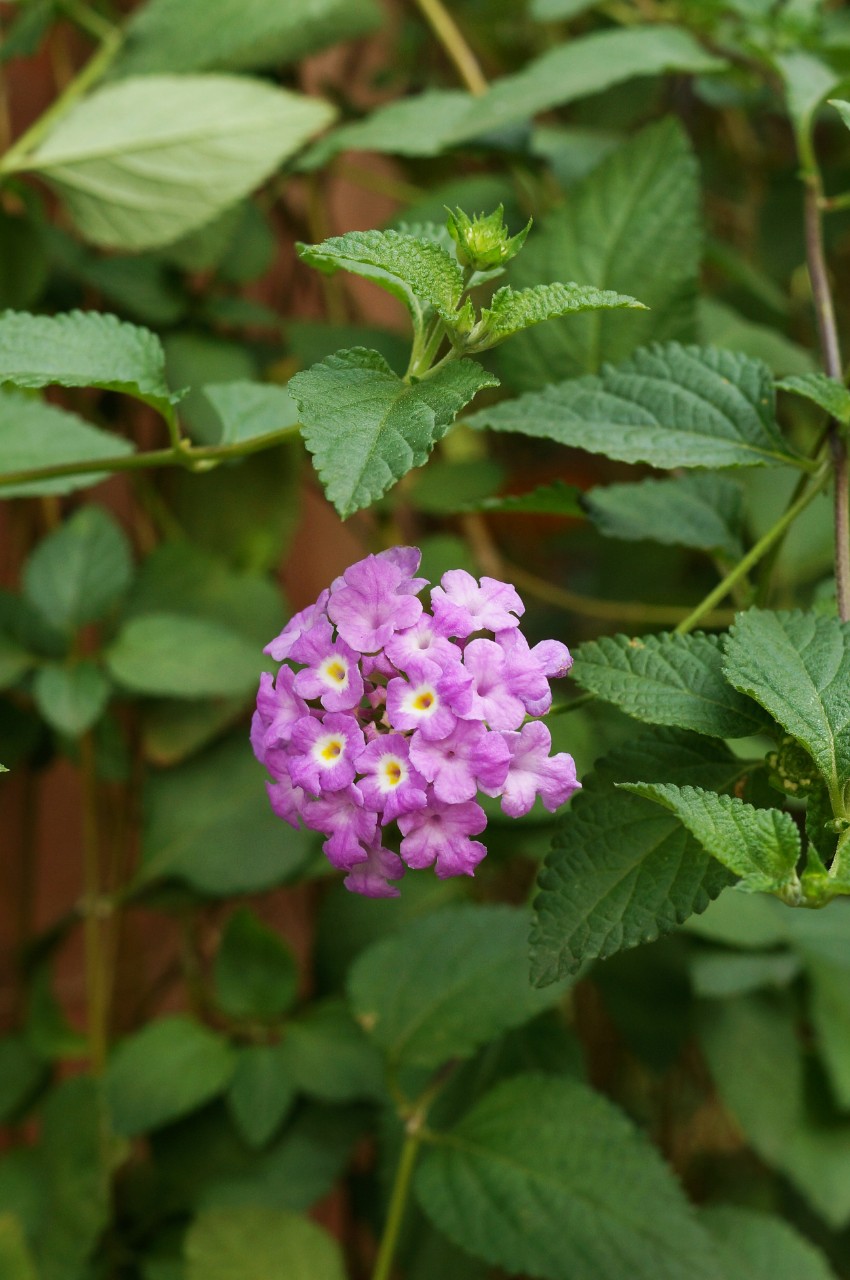 This purple variety is perfect for trailing over banks and uneven ground in a sloping Mediterranean garden. It will put its roots into anything in its way and will even clamber up a wall or a trellis. The more water it gets the more rampant it becomes. To keep the plant bushy prune the tips after flowering. See photo.

For a Variety of Colours, Choose the Lantana Camara 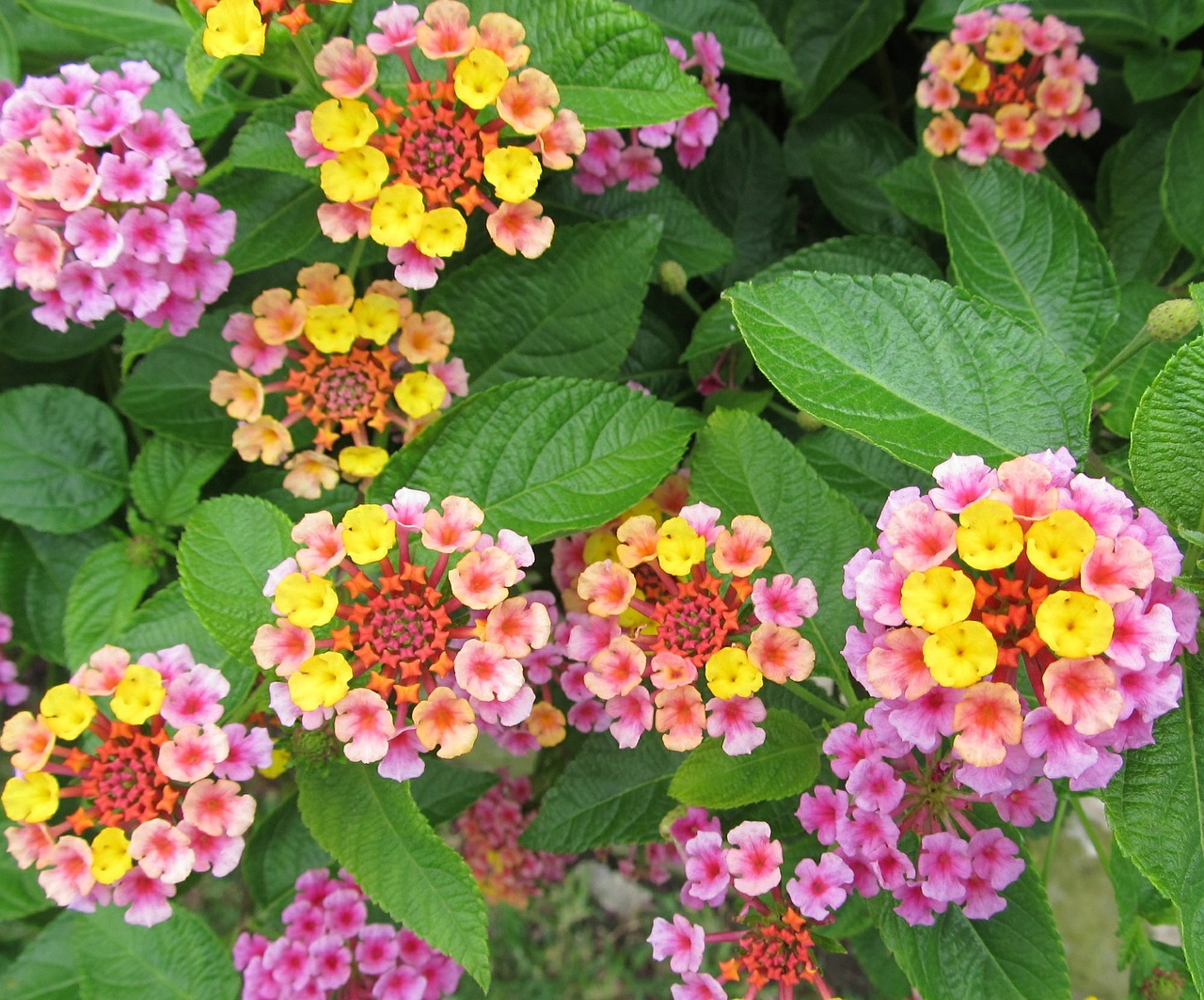 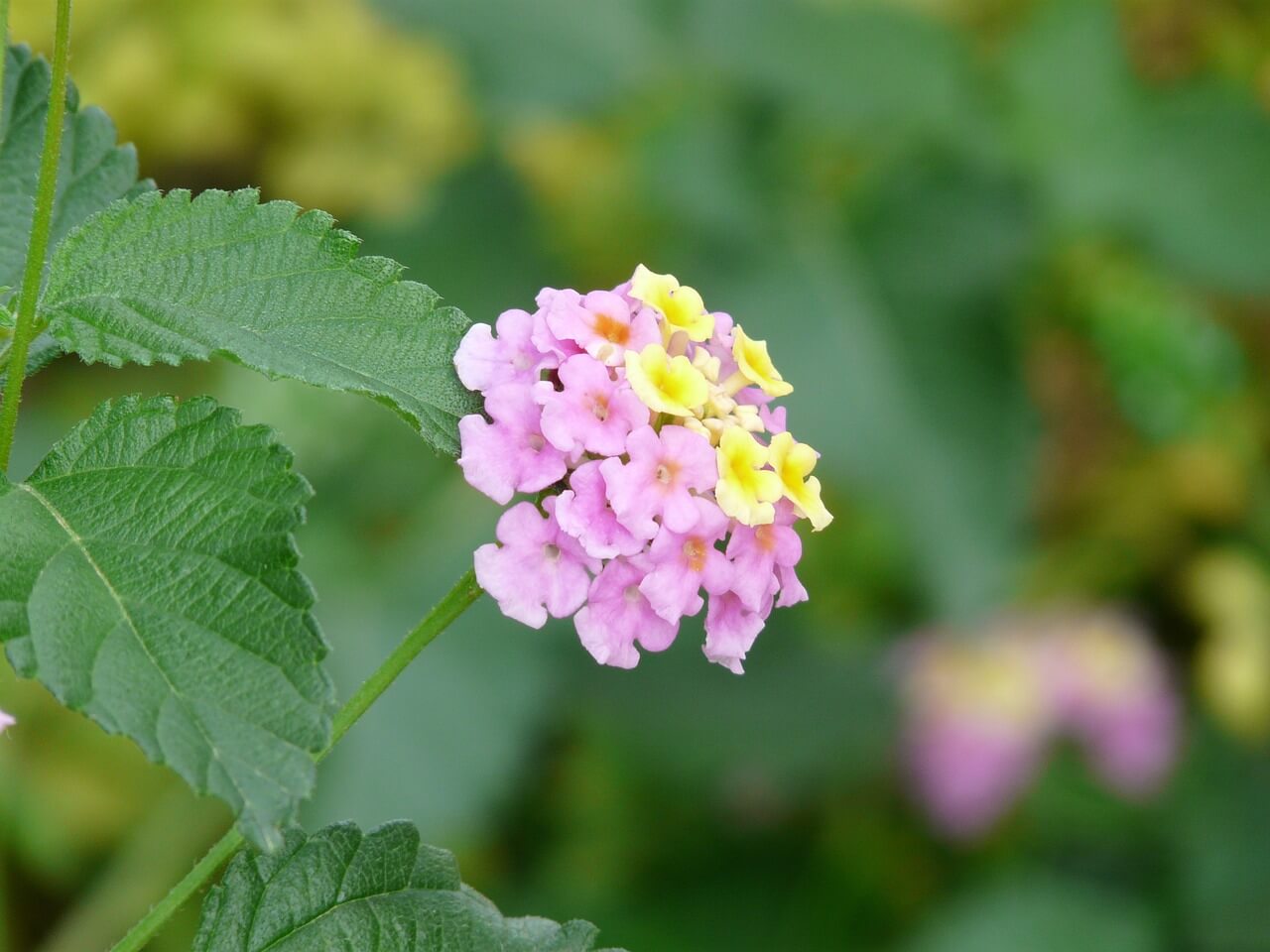 This variety of Lantana hybrid can be found in a good selection of colours, white, yellow, pink and red together with a blend of two or even three colours. The flower heads are domed and made up of tiny tubular 5 lobed flowers. See photos.

The Lantana Hybrid Camara as a Houseplant 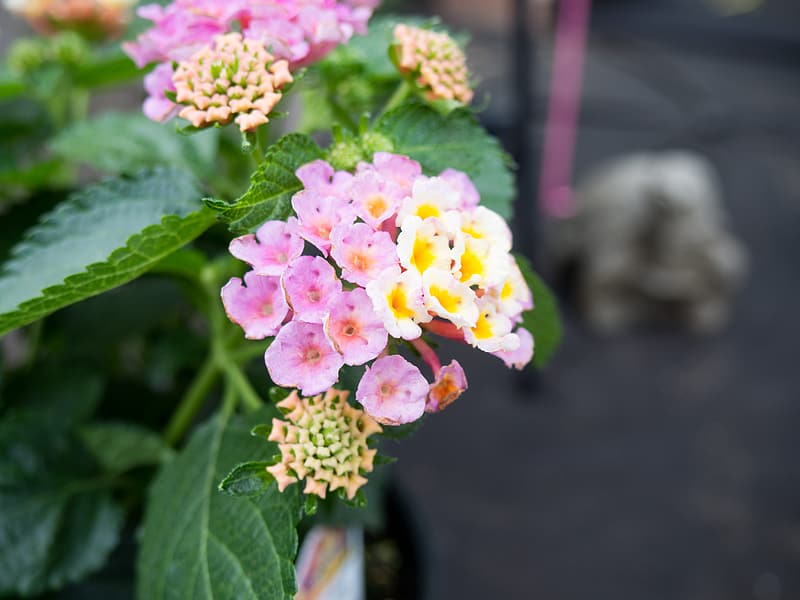 This particular variety is also seen as a houseplant in cooler areas. It is also quite easy to create a standard from the upright Lantana hybrid camara which will live happily indoors if provided with plenty of natural light. Interior plants will require regular watering during their growth but during the winter keeping the compost moist is sufficient.

Once the flowers die down, berries form and these are toxic. As they ripen and drop it is wise to sweep them away from children and pets.

One of the Easiest Mediterranean Garden Perennials 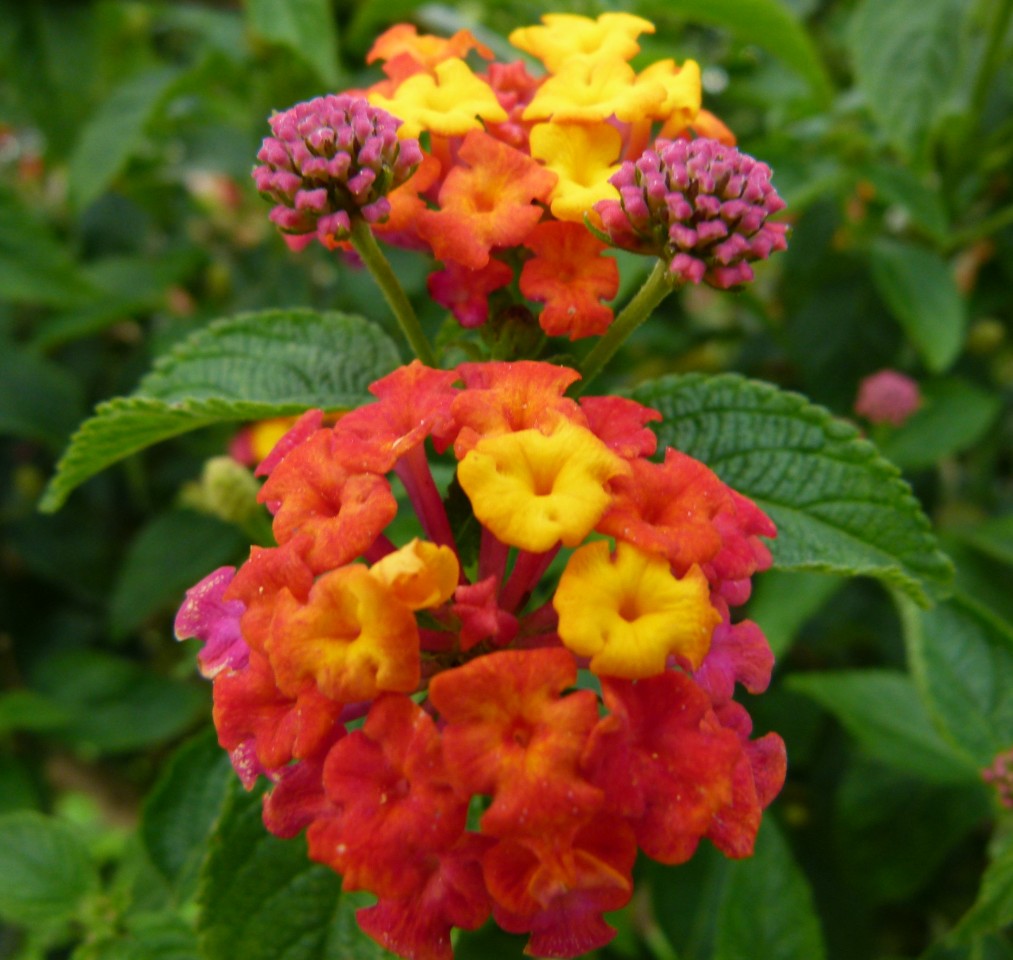 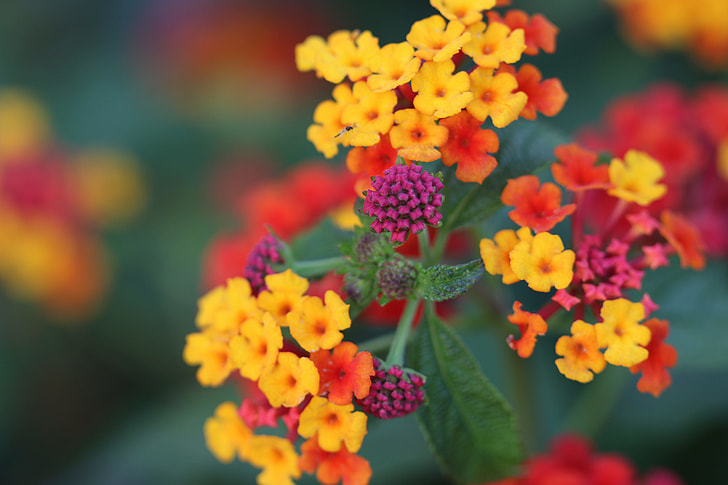 The lantana hybrid is easy care and economical. Requiring just a hard prune after flowering and practically no watering during the summer months the garden will have plenty of colourful blooms. 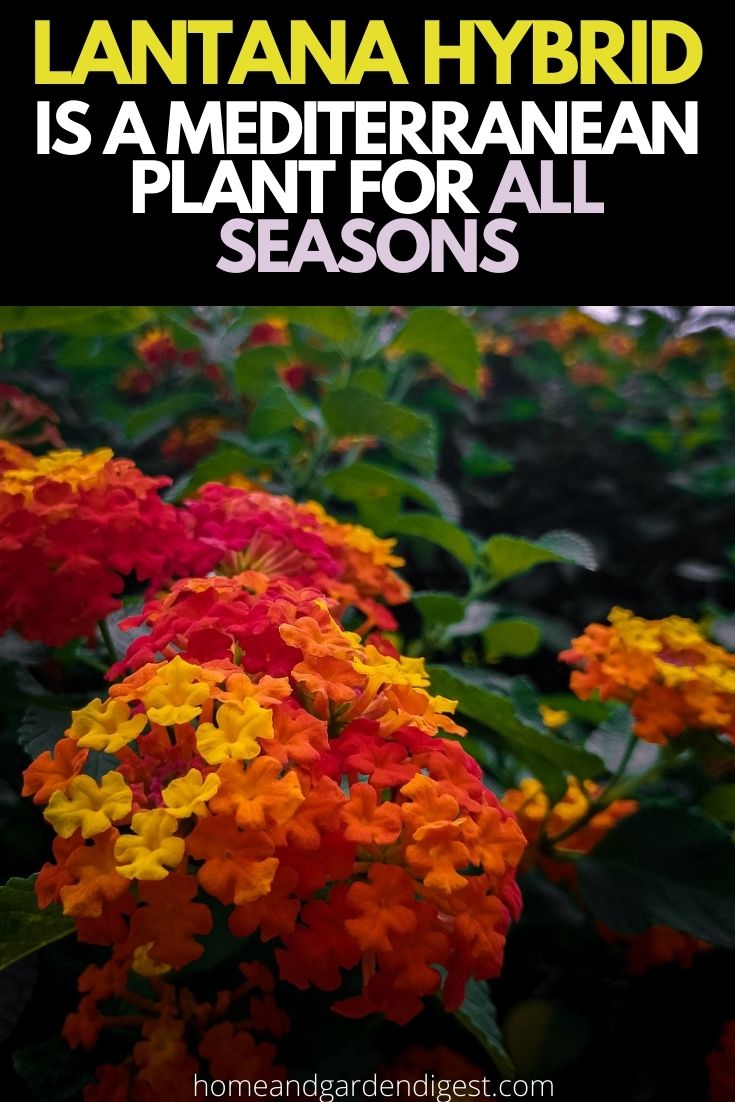