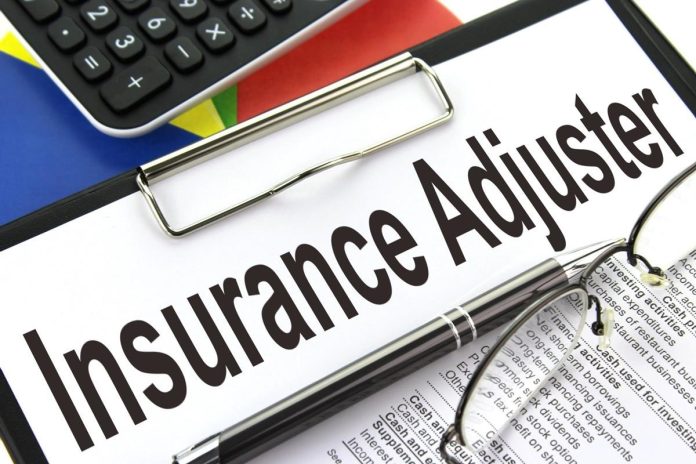 An adjuster is a person who is hired or employed to settle or arrange insurance matters that are in dispute. He also helps to determine the claim’s amount that would be paid.

An insurance adjuster works for an insurance company, and when a claim is filed, he helps to determine the extent of the insurance company’s liability. A public adjuster is a self-employed person hired by litigants to resolve or settle the amount of a claim or debt (source).

Based on the work process and responsibilities, we can divide the adjuster mainly into three types. They are:

A person who is responsible for a number of functions, such as by interviewing the claimant and any witnesses investigated claims, gathering a list of damaged properties, consulting hospital and police records, and checking property damage to determine the amount of the company’s liability and so on is an insurance adjuster.

He works directly for the company. It’s their responsibility to clear the dozens if not hundreds of claims that hit upon their desks every month, all without spending the insurer’s money or shortchanging claimants unfair amounts.

This type of adjuster’s responsibility is almost the same as directly hired adjusters. But generally, they hire on contract or freelance based to handle claims from insurers. They are mainly hired by any person or adjuster who already faces problems to solve claims or already have lots of claims on his/her desk.

The claimant hires them. In cases with adequate dollar amounts involved, they help get the claimant the highest and best possible settlement from the insurer. They usually take a good quantity of commissions from the claimant.

If you’ve never filed an insurance claim, try to remember that the insurance company adjuster does not well know about your file. You might need an expert to get the best settlement deal. So if you don’t want to hire an expert, then educate the company’s adjuster about your case.

Try to capture pictures or videos of your damages, show it to the adjuster, make a list, and show it to the company. Make sure that your adjuster has good knowledge about your claims or damages.

If the settlement amount is offered and that amount will cover the damages, don’t deposit any check that you get from the insurer. Follow the process of appeals then hire a public adjuster.

Public adjusters will generate their assessments of damages to the home, which you can then submit to your company. The public adjusters always have the best intentions of the policy owner’s mind. While, in theory, the public adjuster has the best intentions of the policy owner in mind, always be apprehensive during the hiring time. A homeowner’s less knowledge and an adjuster’s expertise creates the opportunity for manipulation. (source)

Public adjusters are also employed to check the work correctly done by the independent adjuster to encourage corners that have not been cut and that the homeowner is receiving as much as they can.

Having fair insurance coverage is needed if you purchase any kind of property. Many policyholders don’t enjoy paying the amount of the premiums that adjusted to the insurance policies. After some years, these expenses can add up to a large number of amounts. The premium amount may help pay other expenses or savings, but there’s peace of mind that if an accident or damage happens, your property is protected. Under two main conditions, the insurance adjusters work. These are:

Unfortunately, many policyholders don’t realize this during the insurance claim process because they’re so emotional with grief and stress. They are settling instead for potentially low payouts representing just a small fraction of what is purchased. Policyholders who are a bit knowledgeable and have a keen sense about the policy process and claims then he/she will research and will hire a public adjuster for their well being.

The Priorities of an Insurance Adjuster vs. Public Adjuster

Their job is to give a settlement that will make you happy and satisfy your property damages. But during the process, they may not count the losses that are doubtful and can cause you future incurred costs.

A certified public adjuster who is an expert in insurance claims. He/she will defend on behalf of you during or after your claims processing time. The public adjuster’s responsibility is to ensure that you receive the highest payout in the most easiest way.

After careful consideration of losses and a thorough estimation of the damages, faces outside of any previous damage, public adjusters takes extensive investigation methods that are:

In some cases, the total amount outstrips more than your policy stated.

Why is there a difference in the final settlement amounts between Insurance Adjuster and Public Adjuster?

Whenever a policyholder decides to use an experienced public adjuster, Then the difference is outstanding. It is widespread in strategic claim consultants. The insurance company can manipulate or stress homeowners and Business owner’s conversion.

For example, During tornadoes, hurricanes, earthquakes, or any other natural disaster, the insurance company may overlook damages, but at that time, your public adjuster will advocate for you.

We hope that you may become more careful after knowing those significant differences whenever you need to choose an adjuster. Always try to be updated about your policy and claims so that you also can help you adjust while filing your case.

Important Things to Consider Before Buying an Air Gun