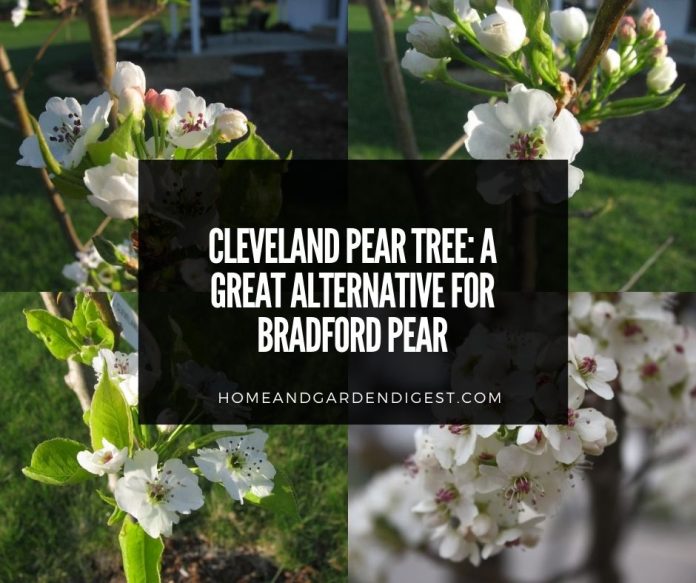 Homeowners searching for a sturdy, reliable substitute for the out-of-favor Bradford Pear need look no farther than another Callery Pear hybrid – Cleveland Pear.

Bradford Pears burst on the landscape scene hyped as the perfect fast-growing ornamental flowering pear, great for home or commercial landscape use. As their popularity spread, they were planted everywhere. There’s no questioning their beauty – a fine oval shape producing a mass of white flowers in early spring.

All was well for about 10 years, until the rapid-growing Bradford Pears reached their mature heights of around 30′ – and started breaking up under severe wind, rain, snow and ice loads.

It seems the vaunted Bradford Pear is weak-wooded. Its limbs grow at too severe an angle, and wild weather can cause limbs to come crashing to the ground, taking down power lines and damaging property. If the tree survived, it was permanently disfigured, out of balance, and even weaker than before. 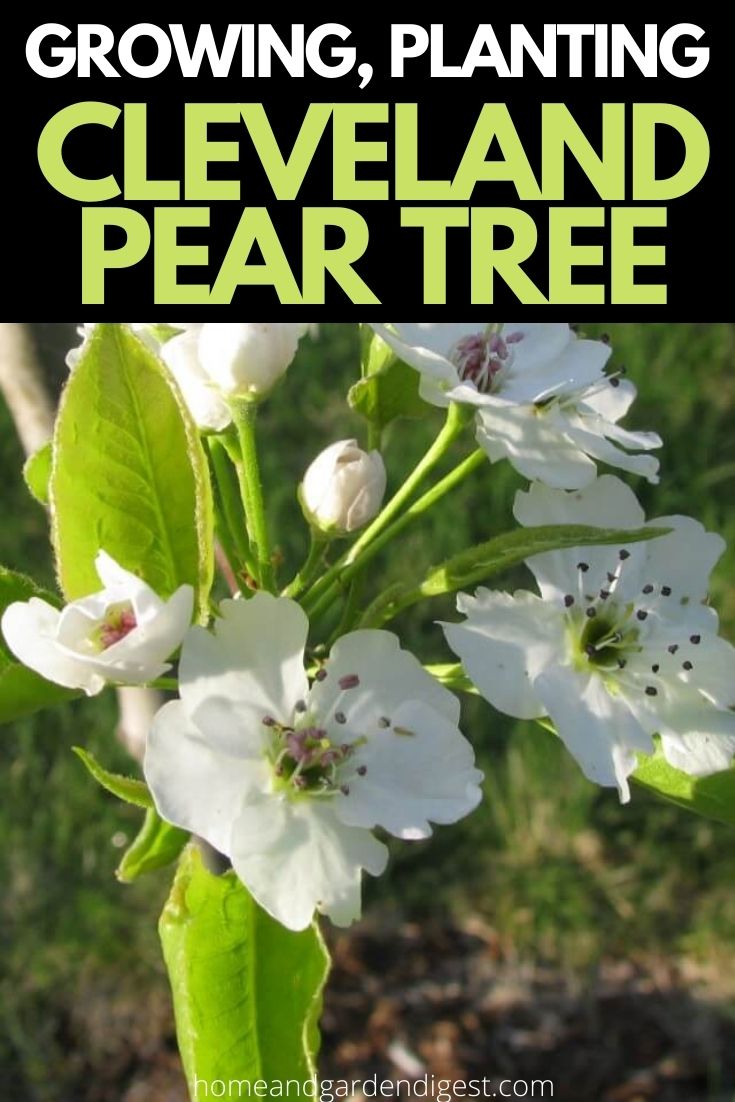 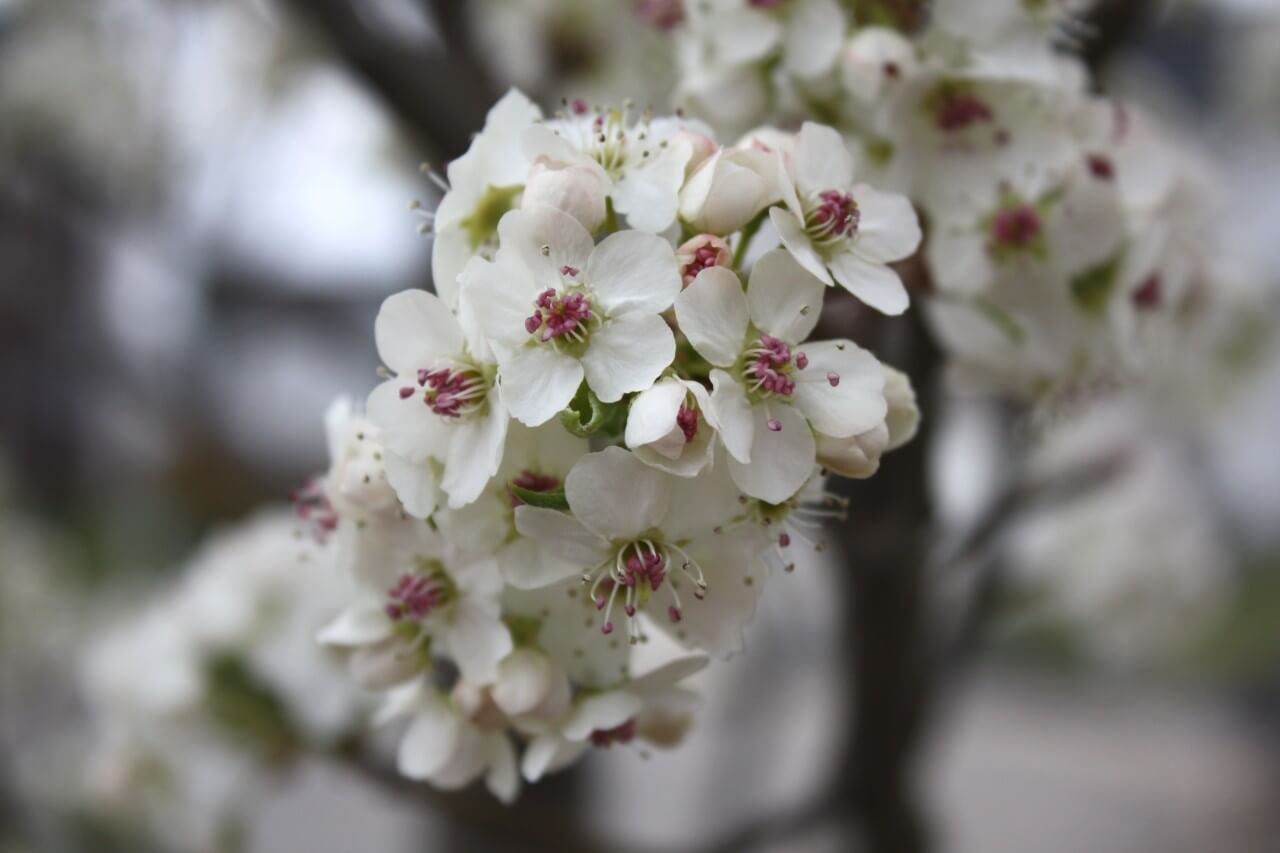 Another hybrid pear, the Cleveland Pear (Pyrus calleryana ‘Cleveland Select’), was introduced to the market as a substitute to Bradford Pear. Cleveland Pear is an even faster growing tree, adding 4′ to 6′ a year of new growth in zones 4 through 8.

Cleveland Pear turned out to be everything Bradford Pear was not – a beautiful, rapid growing flowering ornamental with an almost perfect oval form. Its abundance of snow-white flowers appear in March (April in colder zones), and cover the tree like a cloud. In fall, its vivid green, pear-shaped leaves turn a bright scarlet-red for a fantastic fall color display. It also will grow up to 30′ or more, with a 25′ spread. It’s drought resistant, pest resistant, and loves either full or partial sun – and it’s not finicky about soil conditions, either.

And, best of all – Cleveland Pear is not “weather challenged” like its cousin. Its branching pattern is much stronger, resulting in a tree not nearly as likely to fall apart under wind or ice assault as the Bradford Pear.

How to Use Cleveland Pear in the Landscape 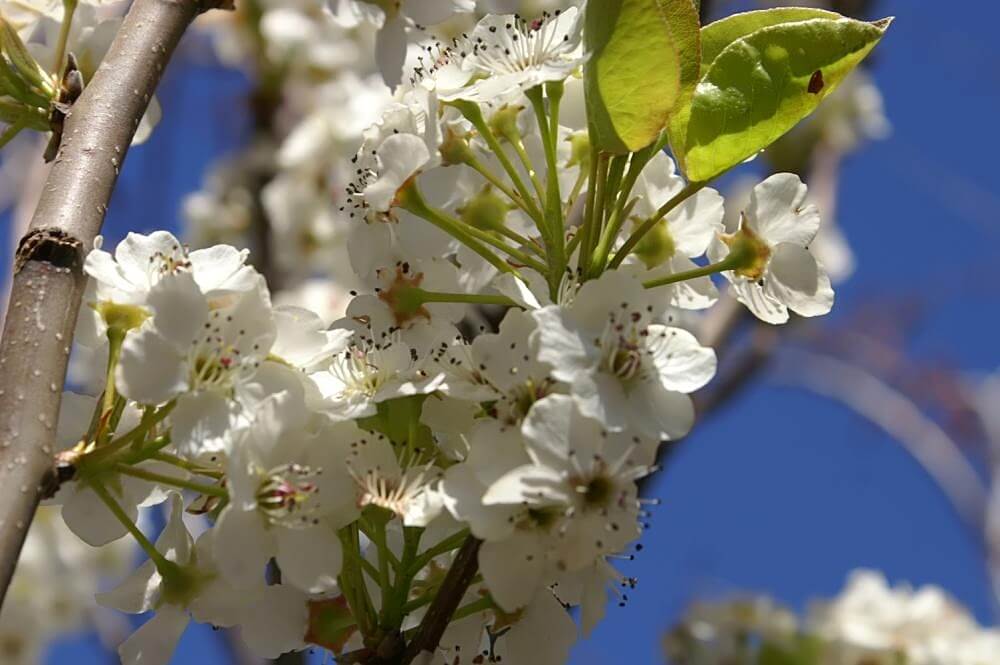 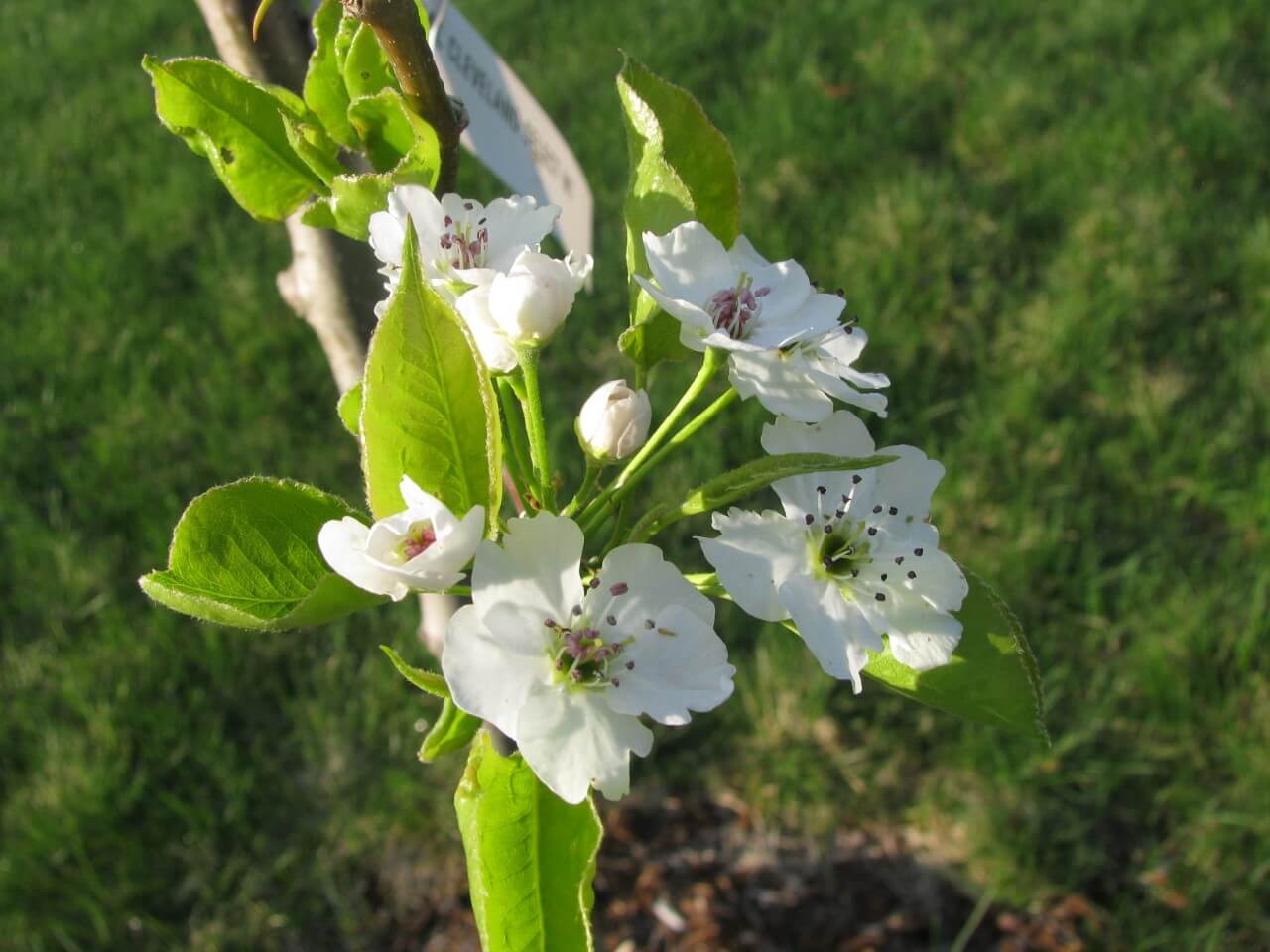 Homeowners can use Cleveland Pear as a specimen tree in the front yard, in informal groups of 3 to 5 plants under-planted with shrubs, or, more formally, to line a driveway or property line. They can also be used as stand-alone accents. They are perfectly scaled for a small or medium yard or garden, and make great shade trees.

Some people don’t like the fragrance of Cleveland Pear’s flowers. If this is the case, site the tree downwind of activity areas like patios or outdoor kitchens, and don’t use as an accent where the scent might be objectionable. 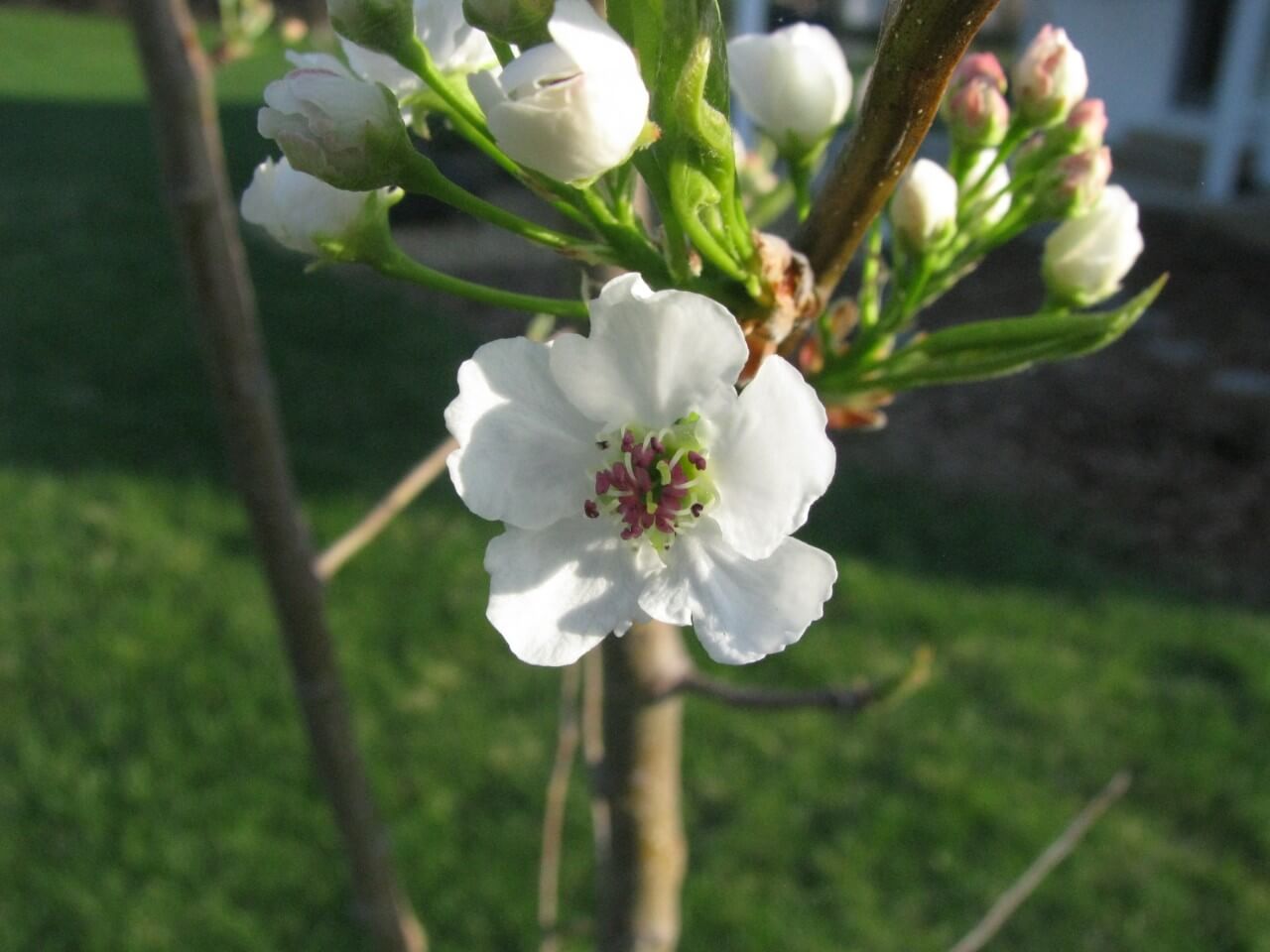 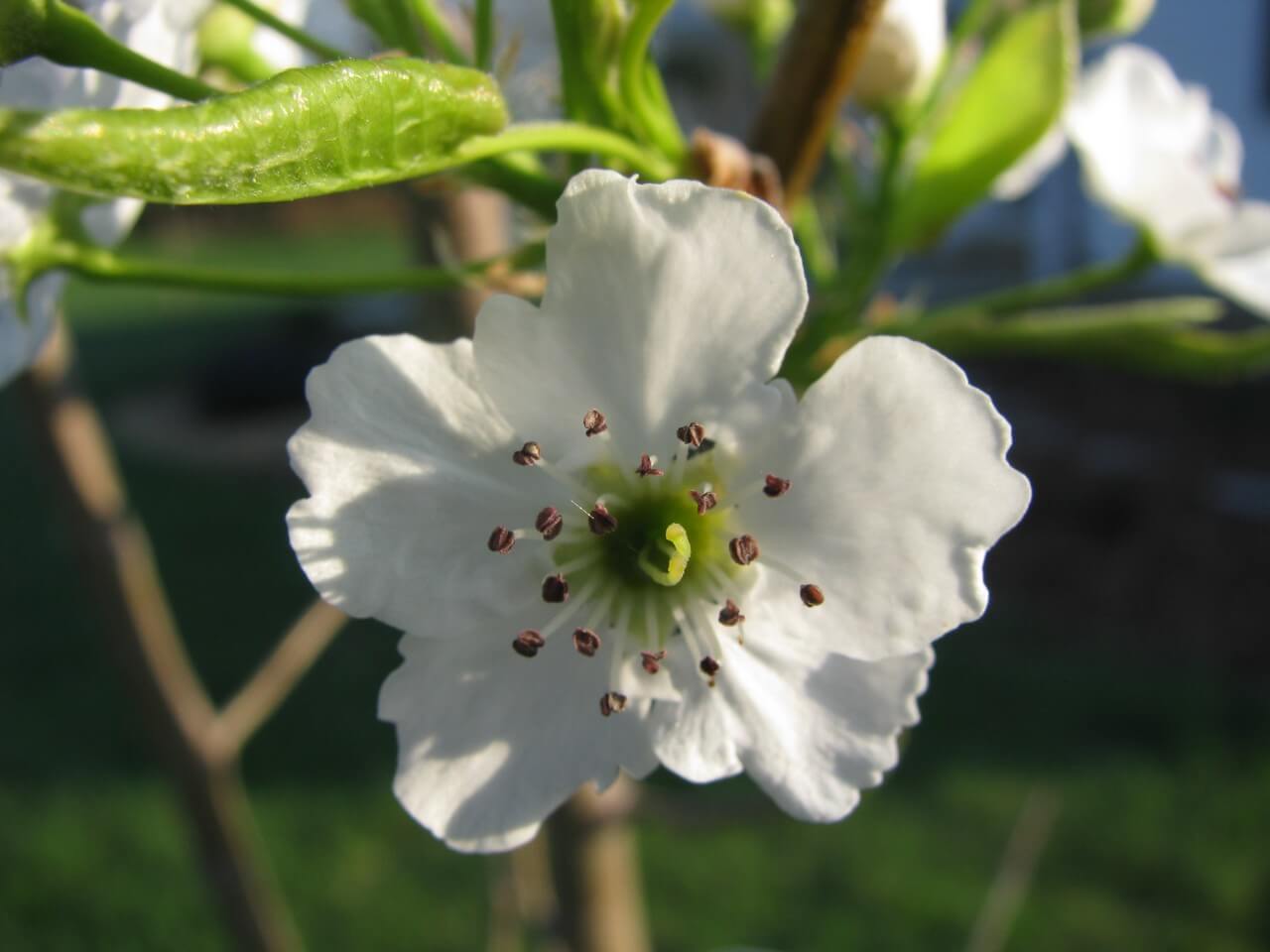 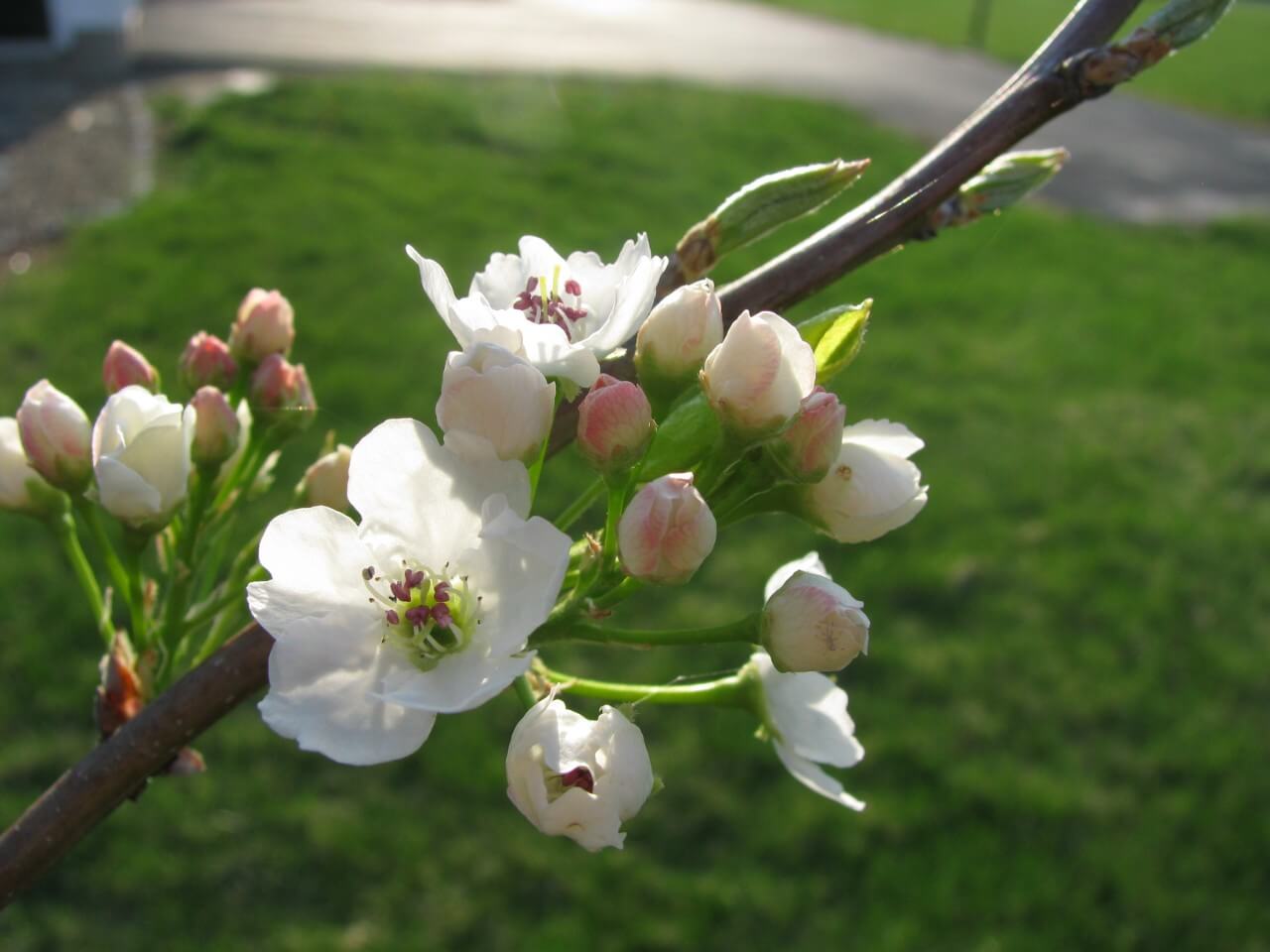 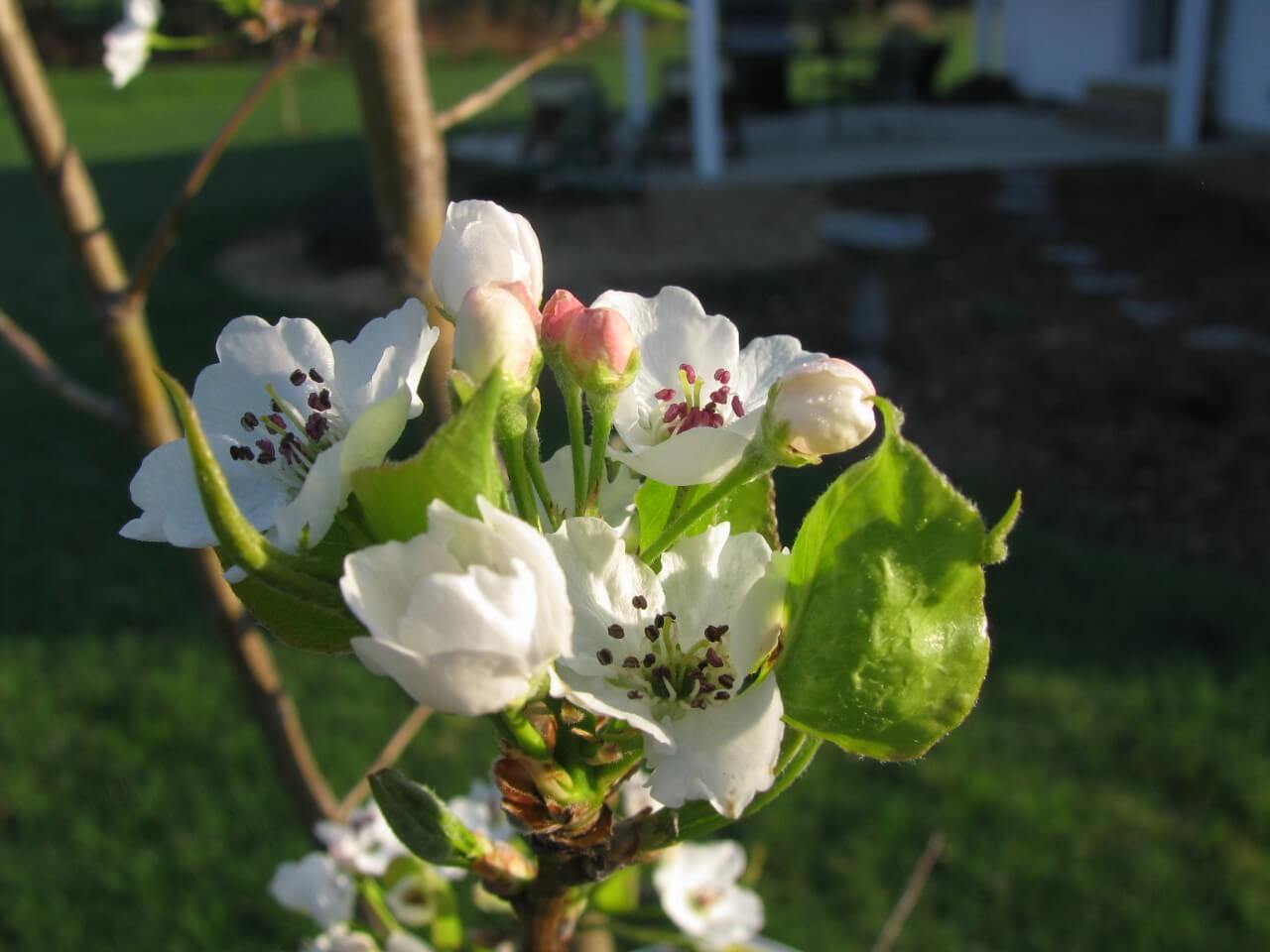 This is one tree that is truly low-maintenance. It will need little pruning, and, if left alone, will develop a fine symmetrical oval-shaped crown with evenly-spaced limbs. Just make sure the tree has one central leader. More than one may compromise the form and weaken the tree.

It’s mostly pest resistant, but the website GardenGuides.com lists several diseases that could impact the plant – fire blight, entomosporium, powdery mildew, or crown gall. These diseases can be prevented, however, with proper planting and watering techniques. If they do take hold, use fungicides and bactericides to knock them out.